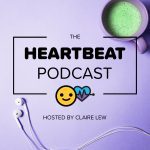 As a world-renowned designer, thinker and executive, John Maeda shares with me what he wishes he learned earlier as leader.

In a world where there is no shortage of self-help literature, management books, and conferences for leaders, John Maeda reminds us that no book, article, or talk can replace simply doing the thing, messing up, and moving forward.

He’d stumbled across my website for my consulting business, ClarityBox, which helped CEOs uncover their blindspots, and sent me a nice note saying how much he appreciated the premise. When I became the CEO of Know Your Company and happened to be out in San Francisco, we grabbed sushi.

I’ll never forget how insightful, curious, and hilarious he was to talk to.

So as part of this interview series, The Heartbeat, John was one of the first people I wanted chat with. I was interested to get to the heart of what he saw as leadership.

For those you unfamiliar with John’s work, he currently serves at the Global Head of Computational Design & Inclusion at Automattic. Previously, he was the Design Partner at Kleiner Perkins Caufield Byers, and the 16th President of the Rhode Island School of Design.

I was honored to steal some time with him for this interview. Hope you enjoy watching it.

Enjoy this? Get our latest leadership insights, as they’re released.

CEO of Know Your Team. My mission in life is to help people become happier at work. Say hi to me on Twitter at @clairejlew.

Becoming a better manager starts here with Know Your Team.